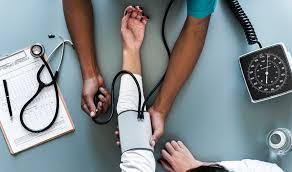 In 2018 we should be saying Happy 70th Birthday to the National Health Service (NHS), and Happy 70th Anniversary to the Windrush arrivals. These two significant events in British history took place in 1948, and they have been inextricably linked since that time. However, far from being a cause for celebration, the NHS is facing a crisis and the British Windrush cohorts are being classified as undocumented immigrants, detained, and in some cases, deported.

There is a long history of “hostile environment” political policies in the UK, specifically targeting People of Colour (PoC). The well documented systemic structural discrimination within official and national British organisations has been at the root of mistreatment of PoC in the UK for decades.

During the two world wars the “Mother Country” called to the Commonwealth nations, and they responded with soldiers, financial aid, and strategic national support. After the devastation of the Second World War, Britain again called to the Empire for help to rebuild the country and look after the sick people that were queuing up to use the newly formed NHS. The nations of the Commonwealth responded as single women across the global British dominions travelled to the Motherland. Arriving as British Citizens they were still racialised and treated as immigrating aliens. The women who worked in the NHS were highly visible and there was little or no protection against their castigation by the patients, their peers, or the press.

Black nurses were mistreated and poorly paid in comparison with their colleagues. This discrimination became entrenched when it was clear that these British subjects were in Britain to stay; the perceived temporary labour solution became permanent for a variety of reasons such as low pay, poor living conditions, and people starting families. The effects of this mistreatment has influenced the lives of several generations who have been impacted by systemic discrimination. It has caused a form of Post Traumatic Stress Disorder that I refer to as the “Windrush Syndrome”.

It is not an overstatement to contend that black labour helped to build and rebuild Britain, in the time of the Empire and afterwards. In spite of this, the British citizen who is a PoC has had a consistent struggle to receive the same equality of treatment and access to services that their white contemporaries receive.

The racial and gender identities of the Black nurses of the newly formed NHS overlapped and affected their career prospects. Nevertheless, a few nursing professionals, like Professor Elizabeth Anionwu CBE, Zena Edmund-Charles, OBE, and Lynette Richards- Lorde – a former midwife and the first black Director of Nursing in the UK – all overcame discriminatory barriers and rose through their career ranks.

PoC in Britain have had to develop a strong resilience to succeed. Elected in 2017, Eleanor Smith MP spent nearly four decades working as a theatre nurse in the NHS. She says nursing encouraged her to venture into politics, and her primary aim is to make saving the NHS a political priority by securing adequate funding for the both the NHS and social care services. Smith is the MP for Wolverhampton South West – Enoch Powell’s former seat. She was 11-years-old when he made the infamous “Rivers of Blood” speech in her constituency.

The second piece of this puzzle originates in 2009 when Conservative Prime Minister David Cameron declared: “the age of irresponsibility is giving way to the age of austerity”. That year, the Conservative-Liberal Democrats coalition government implemented a programme of “austerity” public spending cuts to remedy the effects of the 2008 financial crisis. Ever since, the NHS has been faced with financial cuts that have impacted the life and health of many people. In 2017, a report by the BMJ accused the government of “economic murder” as it linked the decade of implemented NHS and social care austerity cuts to 120,000 excess deaths. The NHS was designed to cater for everyone; however, changes to government policy with the introduction of performance targets and financial pressures have affected patient care, staff morale, and the overall delivery of a national service.

Following the Brexit campaign and referendum vote there has been a solidification of the false narrative that blames immigrants for under-resourcing and straining the NHS.  The facts seem to indicate otherwise: migrants from the British Commonwealth have been well documented as a group of people who have nurtured and maintained the NHS. Nevertheless, some of the people who worked to support and build the NHS are being scapegoated as “illegal” immigrants, and deported or refused permission to return.

Both the NHS and PoC in the UK are struggling, but neither show signs of giving up. As the Jamaican saying goes, “wi likkle but wi tallawah”.