Jamaican Independence Day 2018 – Why does it matter to Black British people with Caribbean links? 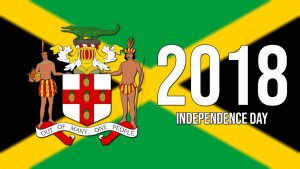 6th August 2018 is the 56th anniversary of the Independence of Jamaica from the control of the British Empire, yet the two countries are still closely aligned after over half a century of Independence because of people like me.

I am English, a child of the 1960s, born in the West Country and still possessing the tones that identify my speech as a country brogue. That is just one of the nationality identifiers written on my body. The other is the colour of my skin – which I have grown to realise – marks me as the ‘other’ according to the widely accepted view of what an English person looks like, despite the fact that this is, and always has been, my home: the only one I know. This latter view systematically excludes me from and conflicts with the place and space where I was born and raised.

This view is also one of the reasons why I acknowledge Jamaican Independence Day each year, it is an attempt to place myself somewhere in the world, to find acceptance and celebration of my being, or if not mine, at least that of my parents who were both born in Jamaica, but died here in England – their home for most of their lives but where they never settled, and from where they could never escape their isolation: they lived in an island on an island.

Why is independence important? It is related to a sense of identity and national pride. Jamaica was independent before Spanish and British immigration into the Caribbean region. Prior to Christopher Columbus’ arrival in what was eventually known as the British West Indies on 5th May 1494, the land was inhabited by the indigenous Arawaks – also called Tainos – who had migrated from South America over 2,500 years previously and had named the island Xaymaca, which meant “land of wood and water”.

It is from this island that my parents – whose ancestors have roots in countries as varied as Africa, India, Scotland and Wales – continued the familial tradition of global migration and travelled to England. The Motto of Jamaica is ‘Out of many, one people’ – this was chosen to reflect the unity and diversity of the Jamaican people who were an amalgam of nationalities, cultures and religions. I believe that my parents also believed this about being British, however the reality is that the identity of Black British Caribbeans is always linked to their ancestral ‘home land’ as they have never fully been accepted in the UK as English. The rise of the carnival in Britain was a response to the need to retain a cultural identity and remember the familial roots of existence in the face of widespread racial attacks in the UK in the late 1950s.

Black British people from the Caribbean, and in this specific investigation people with Jamaican connections in Britain, are perpetually seen as the strangers within, whose identity is projected onto them from without. Before I was born I was designated an alien in my own home, hence my need to celebrate … something and have roots somewhere in this world. The search for belonging continues.

When my parents, and other Jamaicans, travelled to England in the 1950s they came as British citizens, that was their main identity. They were proud of their connection to the ‘mother country’. However, in 1958 the islands of Trinidad and Tobago, Barbados, Jamaica, and the Leeward and Windward Islands, formed the West Indies Federation (a political union that existed from 03 January 1958 to 31 May 1962) with the express intention of becoming independent from Britain as a single state; this was a move to distance themselves from the imperial past. Although this particular union was unsuccessful, Jamaica obtained individual independence on the 6th of August 1962, and from that date the Government of the UK had no responsibility for the government of Jamaica. (Other commonwealth countries such as Uganda, and Trinidad and Tobago also gained their independence from British colonial rule in 1962, with more countries gaining independence in the same decade.)

The British response to the rise in Commonwealth independence and an increase in migration was led by the Conservative Home Secretary Richard ‘Rab’ Bultler, who in 1960 was instrumental in legal changes to the rights of migrants when he pressed for legislation that became the 1962 Commonwealth Immigrants Act; this introduced immigration control to the majority of Commonwealth passport holders. In this legal instrument Jamaicans (and other Commonwealth citizens) were no longer viewed as migrating British citizens, but as ‘aliens’.

My parents arrived in England as British in the 1950s, after I was born in Wiltshire in the early 1960s they were reclassified as ‘aliens’ in their own homes; and thereafter the desire to belong somewhere was difficult to attain hence the celebration of anything related to an island over four thousands miles away that when I was growing up seemed more like home than anywhere I have lived for my entire life.

So, Happy Jamaican Independence Day! Why does it matter to me and other Black British people with Jamaican links? Jamaica is a home from home, that is not really my home – I never even visited the island until the middle of my third decade, but we all need to belong somewhere, somewhere to call home, somewhere to be accepted … however tenuous the link in the global diaspora.